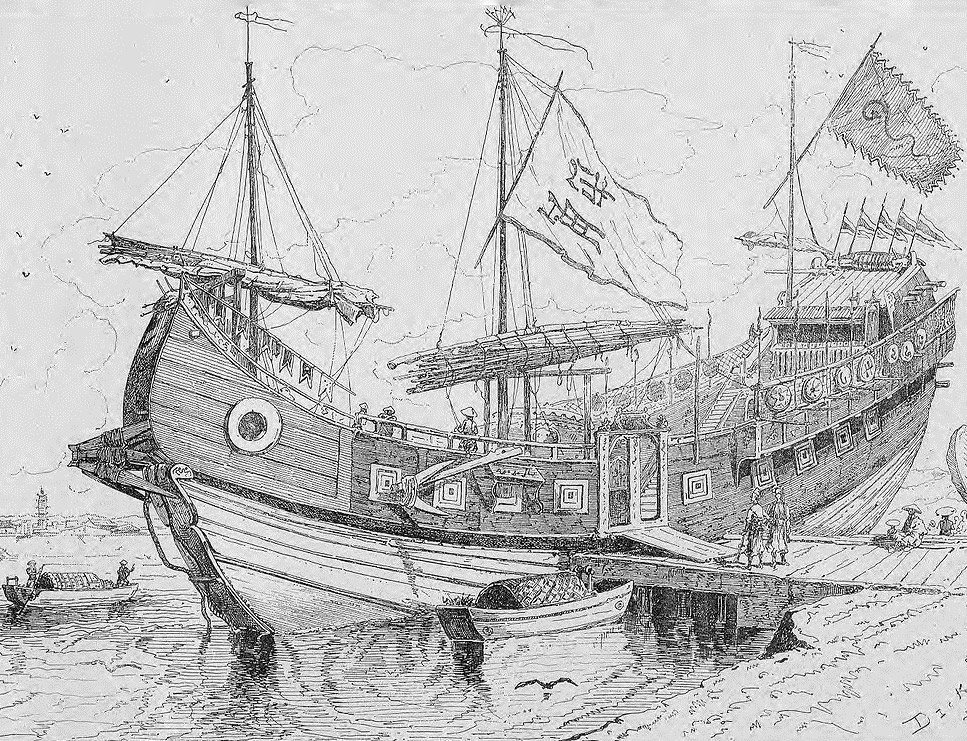 In October 1780, a fisherman named Chen Tin-bou (陳添保) was fishing off the south China coast with his wife and two sons, when they were caught in a sudden tempest. His little ship was carried hundreds of li into unfamiliar waters along the shores of northern Annam, present-day Vietnam. Here he either continued fishing in the relatively uncrowded Tonkin Gulf, or he was shipwrecked on a remote beach, depending on which audience he later described his exploits to. Either way, his story goes that he was arrested and dragged to Thang Long (later: Hanoi), where he was appointed as a brigadier general in command of a naval force to fight for the Tay Son emperor of Annam.

Whatever the truth of his possibly self-aggrandizing narrative, by 1788 he is in the historical record with the new title of Marquis and papers authorizing a mission to recruit Chinese pirates to fill out the faltering Tay Son navy.

Annam had been in a permanent state of civil war and border conflicts for much of the 18th century. Emperor Le Hien Tong was the nominal monarch, but the country was effectively divided between the Nguyen family who controlled the south, based in the ancient capital of Hue, and the Trinh family ruling the north from Thang Long. 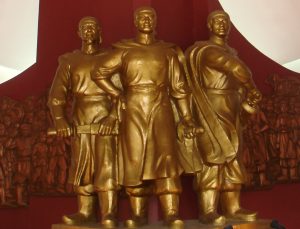 In the 1773 another force added itself to the mix. Three brothers from the southern village of Tay Son and their band of followers triggered one of the most significant events in Vietnamese history, the Tay Son Rebellion.

Within five years, they controlled most of the south and sent the Nguyen leader fleeing into exile on an island off the coast of Siam.

Here, Chen Tin-bou, the Chinese fisherman-turned-general, enters the picture. In 1785 he took part in a successful campaign to oust the northern Trinh lords from Hue, which they had seized ten years earlier. The Tay Son leaders moved into the ancient capital, where the head of the clan declared himself Emperor of Vietnam.

Chen proved himself further by aiding in the conquest of Thang Long and Tay Son hegemony over the whole of Annam.

But the Nguyen weren’t through. Using the relative peacetime to regroup, they charged on Saigon in 1788.

Then China joined the fray.

Seeing rich pickings in a self-immolating Annam weakened by decades of conflict, the Ching Emperor sent in three armies with the goal of establishing a puppet state under the compliant Emperor Le Hien Tong.

This was Chen Tin-bou’s proudest moment. Perhaps the Tay Son Emperor had heard the saying: Annamese make the greatest ships and the worst sailors. Or maybe he was desperate for help. Chen was given one of the highest titles in the land, Virtuous Marquis, and presented with a “barbarian permit”, authorizing him to recruit sailors from China. Chen knew just whom to call on. Pirates were not only skillful sailors, but quick and clever battle strategists, experienced with heavy weapons and, best of all, were by nature willing to risk their lives for money.

Among the battle-toughened pirate leaders he signed up were cousins Cheng Chat and Cheng Yat, who received immediate commissions as generals and chops bearing the words “allowed to grow hair”. This referred to the Ching Dynasty law requiring all men to shave their scalps. The Annamese were offering the equivalent of diplomatic cover to let their hair grow back.

The new pirate mercenaries and their fleets invigorated the Tay Son military. Within a year, they had routed the invading Ching armies, and confined the Nguyen in the south to an area in and around Saigon. 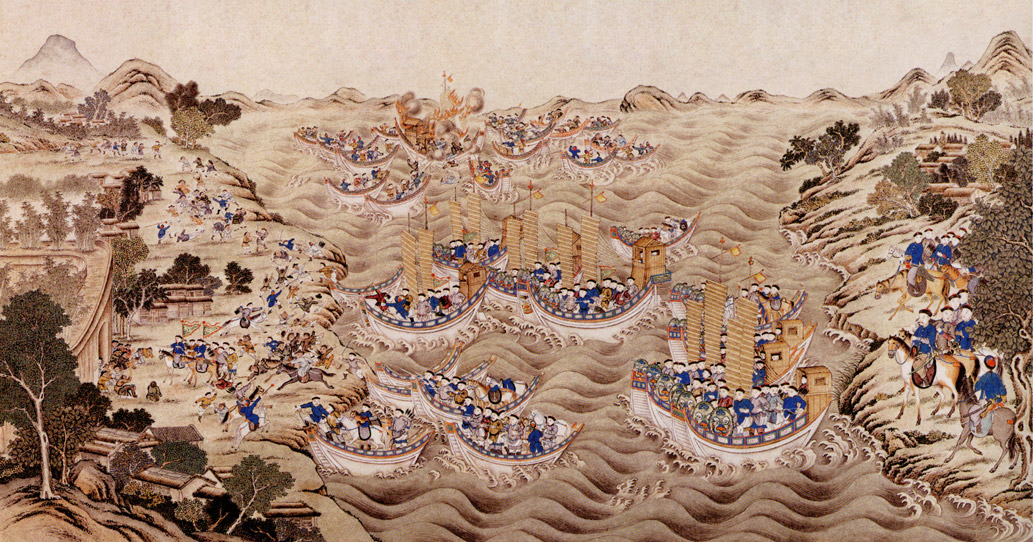 In the aftermath of their victory, the most pressing problem facing the new government was money. The treasury was depleted, farmland had been abandoned or destroyed during years of fighting, and the tax system had utterly broken down. Once more, the former pirates came to the rescue.

In between seasonal skirmishes, Cheng Chat and his fellows were ordained to engage in their previous profession. Sent into Chinese waters, they resumed their old habits of hijacking commercial ships and raiding ports, then returning to Annam with holds full of silk, cotton, and silver, which they turned over to the government, after taking an authorized commission.

It was a relatively rich life. Engaging in state-ordained piracy, feted as heroes, living in relative safety and prosperity for perhaps the first time in any of their lives. It was no wonder that each time they crossed the border, they were swarmed by other sea bandits, opportunists, and fugitives eager to join in the spoils of serving in the Annamese Imperial Navy.

Not that life was always peaceful. They could almost mark their calendars in advance for when they would be sent into battle. Every June, when the monsoon winds shifted toward the northeast, a Nguyen squadron would sail from Saigon to attack a target in the north. In late autumn, with the onset of the monsoon pointing the other direction, the Tay Son navy would return the favor.

Soon the tide began to turn, at least from the pirates’ point of view. French businessmen and adventurers were beginning to drift into southern Annam, encouraged and rewarded by the Nguyen rebel leadership. With them they brought modern European weapons and tactics. In the summer of 1792, two Frenchmen were put in command of a rebel naval expedition to the port of Thi Nai, where the Tay Son Emperor’s brother had just finished building a fleet of war junks. Not only was the fleet destroyed, but several ships commanded by the Chinese pirates were captured. It was the first significant defeat for the mercenary navy.

In November that year, Emperor Quang Trung died. The brilliant warrior and able leader was replaced by his ten-year-old son, installed as Emperor Quang Toan. But the power behind the throne was wielded by the late emperor’s brother. Not surprisingly, many local warlords, particularly those in the south, switched loyalties to the recently triumphant rebels.

The pirates remained loyal, in no small part seduced by grand titles and official seals. Chen Tin-bou was presented with a ceremonial dagger and named Great Governor General, while his main pirate deputies each became a General of the Black Junks.

By 1796, Chinese officials stopped turning a blind eye to the state-sponsored piracy from across the border. The Ching Emperor ordered the execution of any pirate, regardless of national allegiance. The Tay Son attempted to placate their powerful neighbor by attacking the border pirate haven of Chiang Ping, capturing 63 pirates and turning them over to the Chinese. Representatives from both sides exchanged gifts at a joint feast. After this token effort at cooperation, the anti-pirate campaign conveniently ended. But by then the pirates had learned that their positions weren’t as secure as they’d thought.

In February 1801 Nguyen land and naval forces, now supplemented with French mercenary ships, made a daring attack on the Tay Son capital at Hue. One French participant wrote that “the campaign was the bloodiest that the Cochin Chinese had ever known.” The Tay-son lost 50,000 men and most of their fleet. Three of the most powerful pirate leaders were captured. The emperor, now eighteen, fled the capital in such haste that he left behind his imperial seals and his young wife, the Empress Ngoc Binh.

It was the last gasp for the pirates. A few weeks later they were spotted back in Kwangtung waters.

It wasn’t their last service in Annam, however. As Tay Son power crumbled, they sent Chen Tin-bou to compel his former recruits to return into service. Persuaded by the argument that they had never been formally discharged from the Annamese Imperial Navy, but more enticed by financial and other incentives, they reluctantly agreed.

In January 1802, a fleet of two hundred ships led by Cheng Chat arrived back in Chiang Ping. With them this time was Cheng Yat Sou.

But not Chen Tin-bou. Betraying his royal benefactors, the hero of this story never reappeared in Annam, or in the historical record.

Thus began the second campaign of the pirate mercenary navy, related in detail in The Flower Boat Girl. 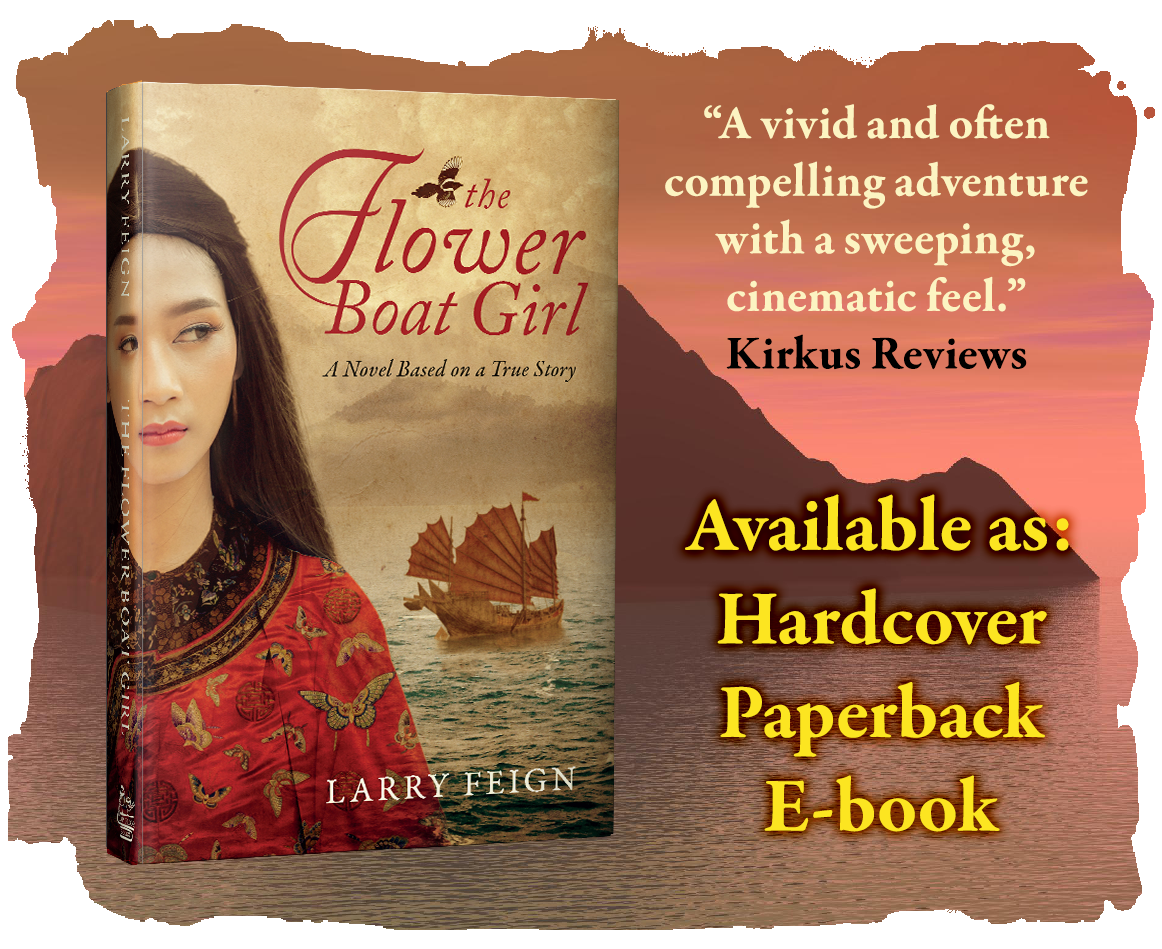